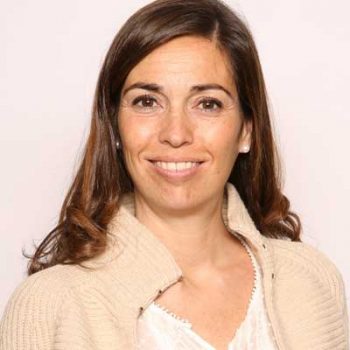 Pilar is Managing Director of SCOR Global Life SE Ibérica Sucursal since January 2011. She holds an Executive MBA by IESE, is fully qualified member of the IAE (Spanish Institut of Actuaries) and has a degree in Business Management and Administration by ICADE.

As Market Head for Spain and Portugal, she is responsible for fostering the growth of profitable Life business according to Group Strategic Plan and promoting wide range of business solutions offered by SCOR Global Life on product development, financial solutions and processes and alternative distribution channels.

Prior to that she worked first at Gerling, later at Revios Rückversicherung in Madrid for eleven years, starting as an actuary with a balance of technical and marketing responsibilities, being promoted in 2006 to Manager for the Spanish and Portuguese market. During those years, she was in charge of the Iberian market but also actively supporting the team responsible for Latin America.

Besides these positions, she has collaborated as speaker in several market forums or imparting training classes on insurance with several prestigious institutions in the market such as FEF, the Spanish and Catalan Actuarial Institutes, INESE or Fundación Edad y Vida.

Hurry up, only a few tickets left!